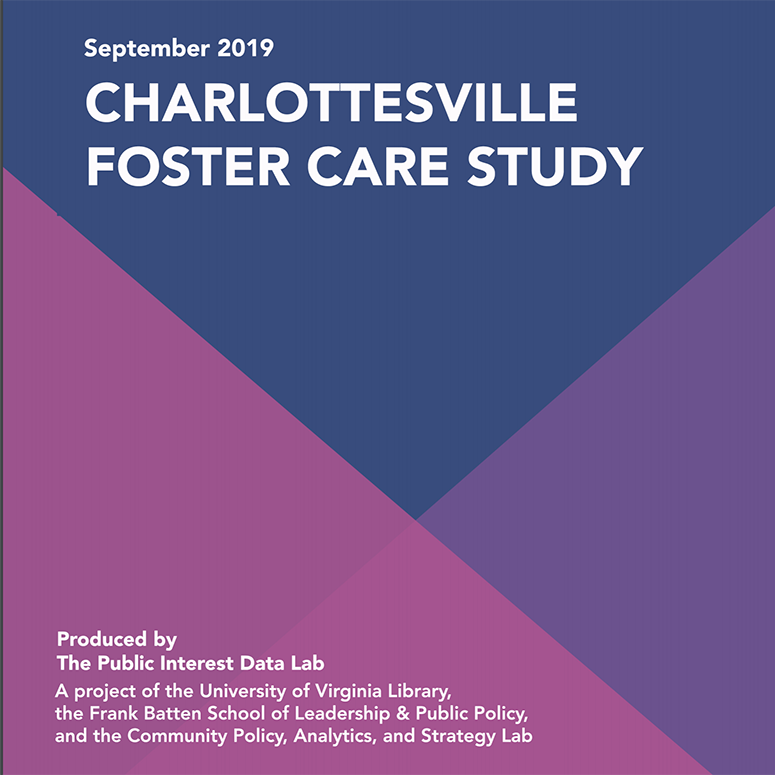 Building on the 2018 Charlottesville Child Welfare report, this study investigates racial disproportionality – over-representation of racial groups in the child welfare system relative to their presence in the population – and racial disparity – less favorable outcomes for some racial groups compared to others – for children interacting with the Charlottesville Department of Social Services over a three year period, from January 1, 2015 to December 31, 2017. We focus here on the child as the unit of analysis, following children from referral to exit from the system, focusing especially on foster care outcomes.