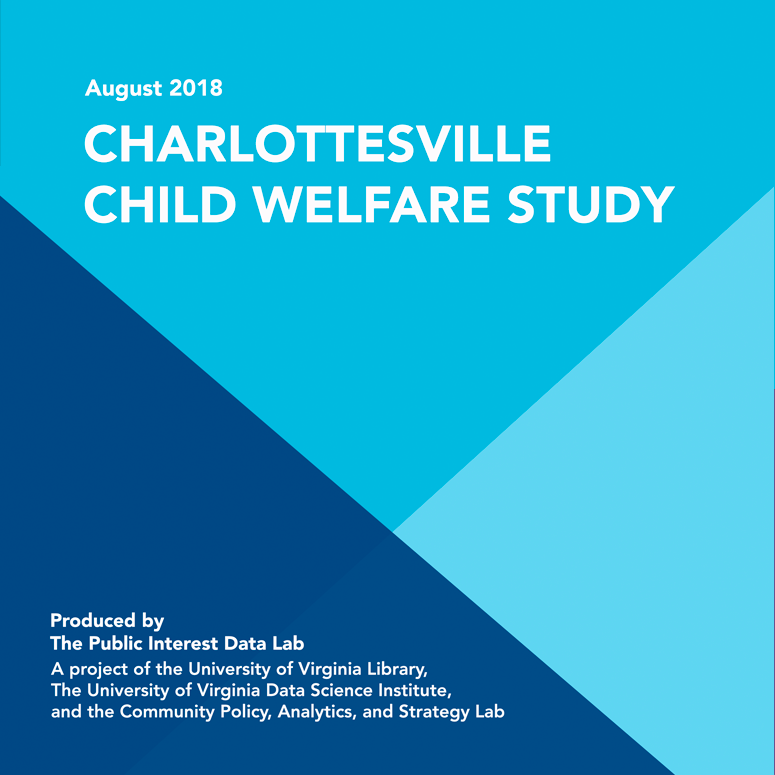 Studies throughout the United States have repeatedly shown that black children and their families are disproportionately represented in the child welfare system and frequently experience disparate, and less favorable, outcomes relative to white children and their families. This study assesses Charlottesville’s child welfare caseload for evidence of racial disproportionality – overrepresentation of racial groups in the child welfare system relative to their presence in the population – and racial disparity – less favorable outcomes for some racial groups compared to others – at multiple stages of interaction with the child welfare system. Using administrative data on children reported to Child Protective Services from July 1, 2014 to June 30, 2017, we examined referrals and new clients, post-referral decisions, and foster care outcomes by race.